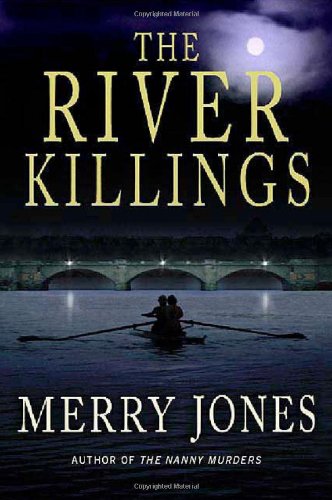 Single mom Zoe Hayes has a knack for being in the wrong place at the worst time—like in the Schuylkill River late at night, clinging to a capsized sculling shell and surrounded by floating corpses. In her second Philadelphia adventure (after 2005's ), Zoe, a therapist, and Susan, her best friend, have taken up rowing for pleasure and exercise, but their boating mishap dumps them among the casualties of a human trafficking ring. Homicide detective Nick Stiles, who now lives with Zoe and her six-year-old daughter, Molly, says he's on the case, but remains secretive, despite a break-in at their home and the carjacking of Susan's vehicle. As the bodies pile up, Zoe realizes the danger may be far closer than she previously imagined. While Jones keeps the plot zipping along at a fast pace, readers may occasionally cringe at Zoe's naïveté and the surfeit of coincidences. Those who enjoyed Zoe's first outing, however, should stick with her, as the best is probably yet to come.