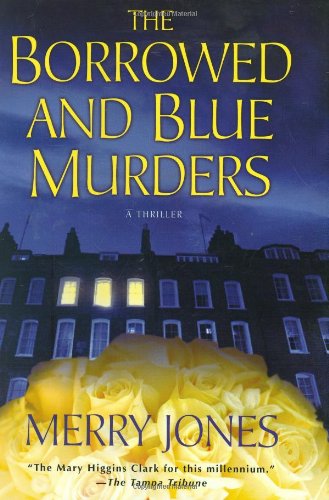 The Borrowed and Blue Murders

In Jones's spirited fourth mystery to feature Philadelphia art therapist Zoe Hayes (after 2007's ), Zoe's discovery of an eviscerated human body on her patio puts a crimp in her wedding plans. When the brothers of her overly protective fiancé, Det. Nick Stiles, arrive in town, Zoe wonders if one of them could be the killer. The stakes rise after a hit-and-run driver, apparently intent on mowing down Zoe and her baby son, strikes a colleague of Zoe's instead. When she discovers that several unstable patients were recently released from the psychiatric institute where she works—including a former student with an unhealthy obsession with Zoe's pregnancy—Zoe realizes she's caught in the middle of something more sinister than just a series of hurdles before her big day. Jones pulls out all the stops in portraying Zoe as crime-solver and bride-to-be, and though there are several unsettling surprises, the resolution is a charmer.