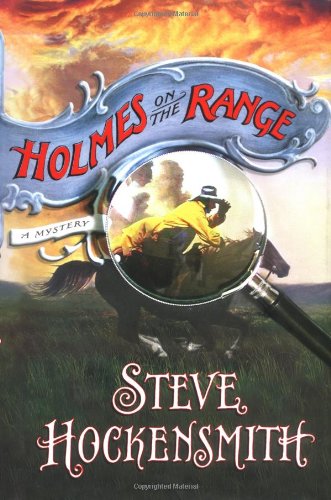 Holmes on the Range

Sherlockians, western fans and mystery lovers who enjoy their whodunits leavened with humor should all be delighted by Hockensmith's captivating debut, which features Montana cowboys and brothers Gustav and Otto Amlingmeyer (better known as Old Red and Big Red, respectively). One night in 1892, Old Red becomes smitten with Sherlock Holmes on hearing his brother read "The Red-Headed League" around the campfire during a cattle drive. Determined to follow in his hero's footsteps, Old Red gets the chance to apply the master's methods after some unsavory characters hire the pair to work at a ranch, whose general manager is soon found dead after a stampede. Another man turns up dead, apparently a suicide, just before the British aristocrats who own the ranch arrive to inspect their property. The melding of genres will remind some of the late Bill DeAndrea's western Nero Wolfe pastiches, while the skillful plotting and characterization augur well for the sequel. Hockensmith writes a monthly column for .