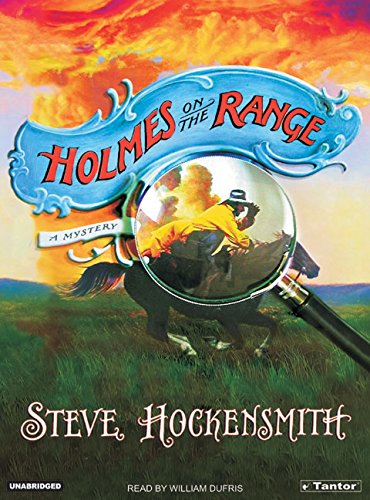 Holmes on the Range

Award-winning narrator William Dufris gives a virtuoso performance on this enormously entertaining tale of Gustave "Old Red" Amlingmeyer, a Montana cowboy who dreams of being a western Sherlock Holmes. When mysterious murders occur on the ranch where he and his brother are working, Old Red sees his chance and immediately sets out to sniff out the culprit. The story is told in first person by the would-be detective's kid brother, Otto ("Big Red"), and with an authentic western drawl Dufris slips into the role as comfortably as an old pair of cowboy boots, conveying Big Red's amiability and frequent befuddlement as he struggles to keep up with his older brother's "deducifyin' ". Dufris creates believable, distinctive voices for a large and colorful cast—among them the gravel-voiced ranch foreman, a Cockney cowboy, a pompous English duke and his ladylike daughter and a Swedish cook—and does it so well that a listener might well believe he's listening to a full troupe of actors. A truly gifted narrator, memorable characters and a tale full of adventure and humor—what more could an audiobook fan ask for?