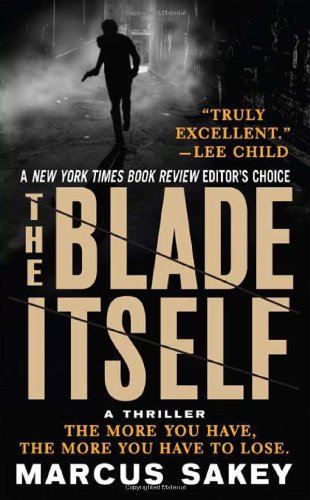 Sakey's brilliant debut, a crime novel set in Chicago, is a must read. From the thrilling opening, a horribly botched pawnshop robbery by childhood friends Evan and Danny, to the riveting ending, the tension ratchets up to almost unbearable levels. After the robbery, Evan serves prison time while Danny turns over a new leaf and eventually earns a responsible management job in a construction company. Seven years later, Evan is out and comes looking for Danny for payback. Using their past ties as leverage, Evan tries to drag Danny back into their partnership. Sakey convincingly portrays the bonds forged in adolescence and the gulf wrought by prison for one and hard work for the other. In a battle of wits and wills, the stakes escalate as Danny fights to preserve his new life and the ruthless Evan counters every attempt Danny makes to break free. The collateral damage is high in a page-turner that has already received plaudits from Lee Child, George Pelecanos and T. Jefferson Parker.