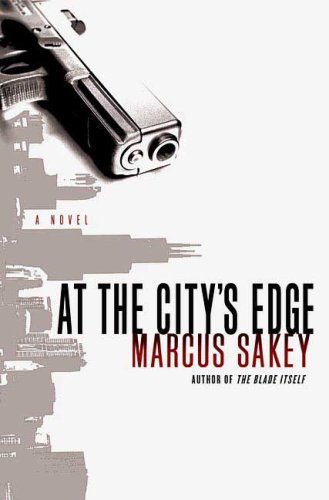 At the City's Edge

Sakey's second crime novel doesn't quite measure up to his impressive debut, (2007), but it exhibits many of the same strengths: high-tension action, intricate plotting and a Chicago setting that thrums and pulses with the feel of the city. Jason Palmer, a veteran of the current Iraq war haunted by his experiences, has yet to settle down, unlike his older brother, Michael, who runs a bar in their old South Side Chicago neighborhood and is raising an eight-year-old son, Billy. But when Michael is murdered and Billy threatened, Jason finds himself reacting in the only way he knows—as a soldier. Soldiering, however, is only part of the answer, and Jason has to come to terms with his past, weigh new responsibilities and counter the carnage that gang warfare, political corruption and corporate greed are wreaking on the neighborhood. Sakey, who draws disturbing and thought-provoking parallels between Baghdad and Chicago, provides enough narrow escapes, traps and obstacles to satisfy a fan, but enough meat to please readers who demand more than pyrotechnics.