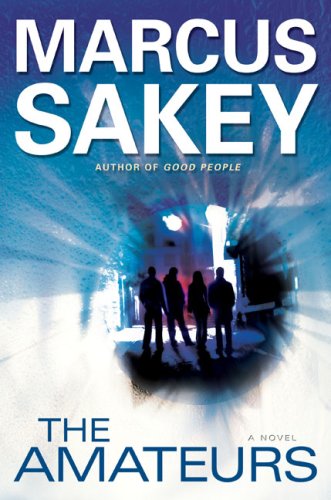 In Sakey's so-so thriller, four friends—travel agent Jenn Lacie, trader Ian Trevarian, hotel doorman Mitch McDonnell and bartender Alex Kern—meet every Thursday night at the Chicago restaurant where Alex bartends and commiserate over their unsatisfying lives. When Alex's boss, Johnny “Love” Loverin, asks him to act as muscle for a shady back-office deal, the group decides, almost on a whim, to steal Johnny's money. The heist goes smoothly until an altercation in the alley behind the bar leads to murder, and the four friends find themselves with $250,000 and a dead body. Making matters worse, Mitch and Jenn discover that the deal they interrupted wasn't about drugs or guns but something far more deadly. Sakey ( ) does what he can with the weak premise, but his characters will elicit little sympathy from readers who won't care why the foursome carried out their poorly planned and executed scheme.