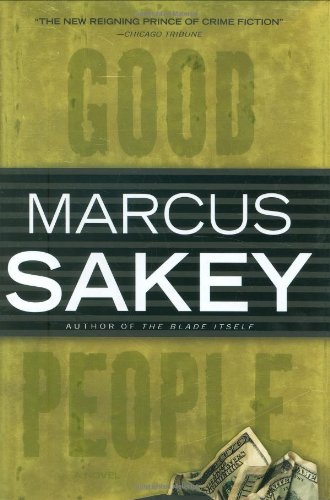 What would you do if, like Chicagoans Tom and Anna Reed, you stumbled on $400,000 that seemed heaven sent? After reading Sakey's masterful third crime thriller, you'd probably leave it untouched. In increasing debt from failed attempts to produce a child, Tom and Anna can't resist taking the money they discover hidden in their deceased tenant's apartment. After the initial euphoria, the Reeds find themselves dealing with a deadly drug dealer who wants something they don't have, a vengeful robber looking for the money they do have and a suspicious cop who knows they're holding out on him. Sakey, who excels at taking ordinary “good people” and forcing them to meet terrible challenges, ratchets up the stakes, creating ever more diabolical traps and ever more desperate escapes until the final shattering conclusion. Having topped his previous two novels ( and ), Sakey may have trouble equaling this stellar performance.