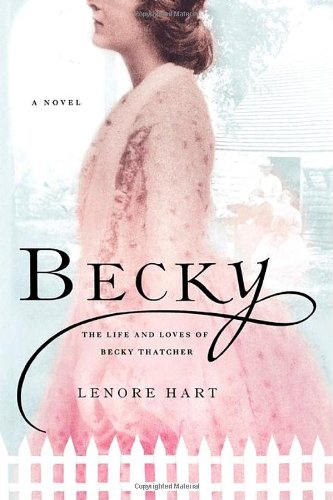 Becky: The Life and Loves of Becky Thatcher

Hart’s latest (after Ordinary Springs) imagines the fictional Becky Thatcher—best known as Tom Sawyer’s crybaby girlfriend—as a strong heroine whose true story was held back by childhood friend Samuel Clemens, who chose to give the charismatic Tom Sawyer center stage in his writings. Hart’s riveting and often moving take intersperses Becky’s version of events in the Mark Twain novel with the events of Becky’s life as the wife of Tom’s cousin Sid during and after the Civil War. In Hart’s hands, Becky morphs from sniveling and helpless to woman warrior: dressing as a man to find her husband on Civil War battlefields and trying to hide from Sid and herself her lifelong love for Tom. The narrative finds Becky in Nevada, navigating life in a mining town, and eventually in San Francisco as a wealthy woman. In between, the author conveys the hell of battle and how its effects linger long after the last shot is fired. Mark Twain purists may balk at the idea of Becky fearlessly trekking with Tom’s Freebooters, and though the charisma that Tom supposedly radiated doesn’t entirely come through, Hart brings her sometimes motley cast to life throughout. Mark Twain is a tough act to follow, but Hart does her heroine justice. (Jan.)