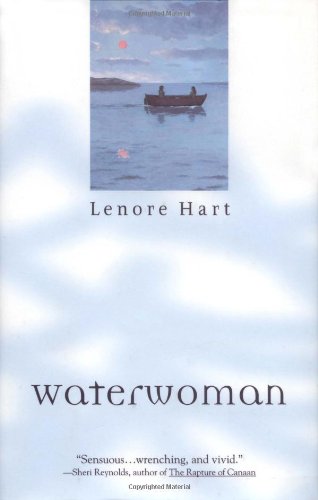 Alternately understated and melodramatic, Hart's debut reads like a Greek tragedy crossed with . For most of her 20 years, Annie Revels ("the sister who was never much to look at") has taken a back seat to her beautiful sister, Rebecca, four years her junior. They live with their gruff and leathery father, George, and their mentally fragile "Mam" on a small island off the Virginia coast in the early 1900s. They receive no formal education, so Rebecca spends her days lolling about as Mam's favorite daughter, while Annie prefers roughing it on the water with her fisherman father, trapping the crabs and oysters that humbly sustain the family. But George warns her that this can't be her future: "Women and water? That's black gum against thunder." Hart's grasp of the turn of the century regional vernacular lends an authentic tone to the narrative. Equally impressive is her research on the rules of the water and the lifestyle of watermen. After her father's death, Annie bucks society and becomes a waterwoman so she can care for her helpless invalid mother and sister, "oversized children I had suddenly birthed, innocent beyond reason and without a clue." She has resigned herself to supporting her family for the rest of her days when she's hit by a squall called Nathan Combs, a handsome tour boat captain who capsizes Annie's ideas about herself and her future. At this juncture, the novel becomes a gothic page-turner and a tear-jerking drama. Hart reaches surprising emotional depths with her exploration of sibling rivalry, familial commitment and social taboos.