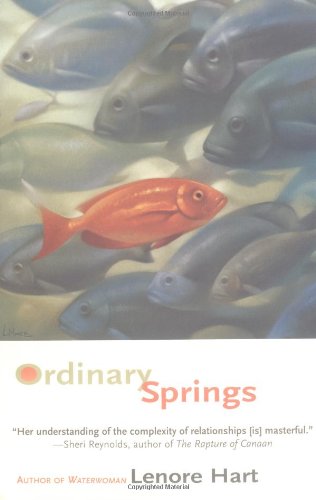 Dory Gamble's mother disappeared when Dory was just two, leaving Dory and her father in tiny Ordinary Springs, Fla., where lovelorn town ladies circled like buzzards, but the abandoned twosome counted only on each other. Hart ( ) spins a homespun tale in fine Southern soap opera tradition, as Dory grows up and goes a little wild in the 1950s. The trouble starts when sultry Myra Fitzgerald and her invalid war hero husband, Frank, move in next door. One night, as Myra and Dory's father explore their feelings for each other in the next room, Dory finds herself an accidental accomplice in Frank's suicide. Haunted by guilt and alienated from her father, Dory submits to the advances of a childhood friend the night she turns 16. Her plan is to skip town with money she stole from her dad's hardware store, but she winds up back at home, with the authorities fingering her for Frank's death. It's reform school time—until Dory escapes and winds up at a roadside diner and reptile farm where she works as a waitress, lives in a tepee and gives birth to a daughter. More surprises are still to come—including one about her mother. Gritty, fierce and a little over the top plotwise, Hart's novel is a fine vintage portrait of a tough girl whom life teaches to be tougher.