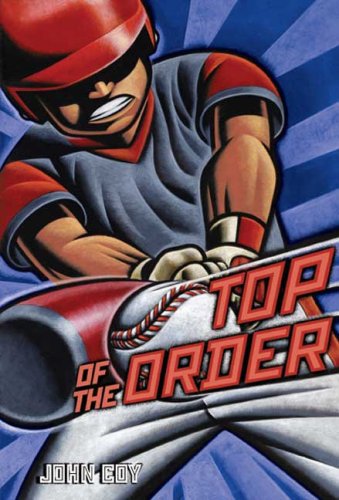 Top of the Order

Coy ( ) brings his successful combination of relatable characters and sports action to his middle-grade debut. Jackson Kennedy, the affable fifth-grade narrator, lives for baseball. Playing shortstop for his school team helps take the sting off his troubles at home and school: divorced parents, a newly dating mom and middle-school worries about eighth-graders who “make you drink a Coke so fast, you hurl in the garbage can.” Jackson and his team have high hopes for the coming season until Sydney—his best friend Gig's sister—shows up to play second base (with her pink glove, no less). Jackson mentally wrestles with this as most boys his age would: she's a good player and the team needs her, but she's still a girl. Coy does a good job keeping his story grounded in the concerns that kids this age would have, and his characters—such as Gig, the goofball whose dad is about to be shipped to Afghanistan, and G-Man, Jackson's baseball-loving grandpa—are appealing and true to life. Young baseball fans will enjoy the infield banter, Gig's corn-dogs-up-the-nose antics and the grand slam ending. Ages 8–12.