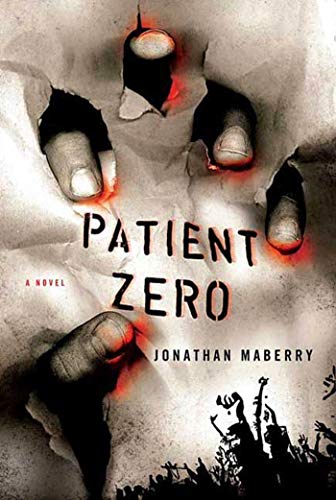 While raiding a terrorist cell at the start of this exciting thriller from Stoker-winner Maberry ( ), Baltimore PD Det. Joe Ledger shoots two .45 slugs into Javad Mustapha, killing him very dead. Four days later, while trying out for a secret government antiterrorist unit, Joe has to kill Javad all over again. It appears the terrorists have figured out a way to make zombies, and they're about to turn the legions of the undead loose on the world. Terrorist El Mujahid and his brilliant scientist wife, Amirah, who created the zombies, are working with villainous international businessman Sebastian Gault. That Sebastian and Amirah are having wild sex in the lab shows that loyalties within the group of conspirators aren't all they should be. Joe leads a team of elite fighters against the zombies, a job he performs with spectacular skill. Plenty of man-to-zombie combat, a team traitor and a doomsday scenario add up to a fast and furious read.