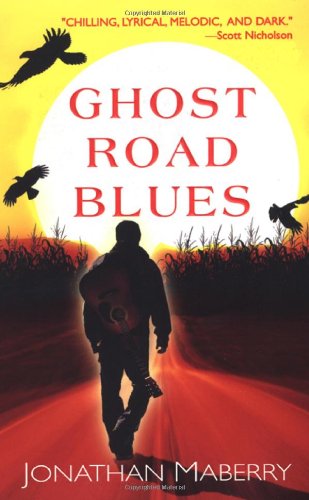 Maberry supplies plenty of chills, both Earth-bound and otherworldly, in this atmospheric horror novel, the first of a trilogy. Thirty years after the citizens of Pine Deep, Pa., killed the serial killer known as the Reaper, the town enjoys a quiet idyll and a tourist-friendly reputation as "the most haunted town in America." But gearing up for its annual Halloween celebration, the town is unprepared for the real haunts stirring in their corn fields, seeking to finish what the Reaper started. Switching among a large cast of characters, Maberry builds suspense by degrees, in the process exploring the community of Pine Deep. Showing his smalltown Americans at their worst—through domestic abuse, religious fanaticism and cowardice—Maberry proves how everyday, evening –news–grade sadism can dovetail neatly with capital-E Evil and the supernatural big guns that carry it out. This is horror on a grand scale, reminiscent of Stephen King's heftier works ( , ) and just as dense with detail; though it simmers a bit too long, and the payoff doesn't quite measure up, Maberry can be forgiven—as long as he fulfills his grisly promises in the sequel.