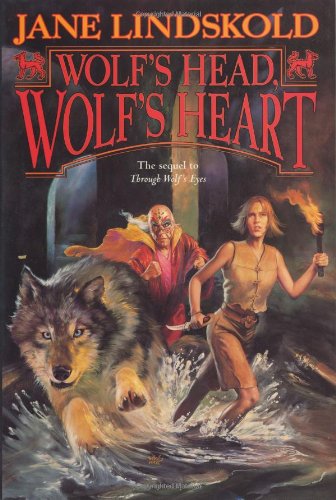 Human behavior and the pack mentality remain at intriguing odds as Lady Blysse Kestrel, aka Firekeeper, plunges deeper into the workings of human society in this stirring sequel to (2001). Though she has progressed in her understanding of bipedal folk, Firekeeper, a human raised by intelligent wolves, still considers people unnecessarily convoluted in their ways. She has little tolerance for court life, and her language skills haven't improved much at all. She would rather be running with the pack than prancing before royalty. Luckily, with the aid of her animal friends, Firekeeper helps to foil an assassination plot, which in turn leads to the gathering of old allies in a quest to regain lost magical items. With loads of chutzpah and not much to go on, the group heads out into unknown territory. Firekeeper's animal companions show more of their nature here than in the previous novel, bringing their own needs and skills to the mix and adding an extra layer to the romantic plot. Lindskold uses her knowledge of wolf pack behavior to good advantage, both in the actions of the wolf Blind Seer and in the engaging character of Firekeeper. A few loose plot strands will presumably be tied up in the next installment.