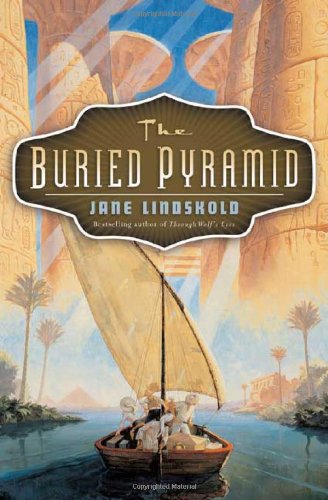 Taking a break from her well-received Firekeeper series ( , etc.), Lindskold delivers an exotic historical fantasy that takes the reader from Victorian England to Egypt. Sir Neville Hawthorne, a self-made millionaire and wounded war hero, is a man so mesmerized by his desire to retrace the path to a mythical Egyptian archeological treasure that he willfully neglects to use common sense and heed warnings of imminent peril. Sir Neville is hunting the burial chamber of Pharaoh Neferankhotep, who's rumored to be Moses the Lawgiver. His niece Jenny Benet, recently orphaned and come to live with him in England, is spunky and rather too American for her upper-crust English uncle's sensibilities, but she manages to persuade Sir Neville to take her into the desert along with the other members of his team. Lindskold does a fine job of describing the English lifestyle of the day and ancient Egyptian rituals. While the first third of the book tends to bog down in exposition about hieroglyphs (not hieroglyphics, please), by the middle the action has shifted to high gear and the supernatural spookiness carries the story to a satisfying conclusion.