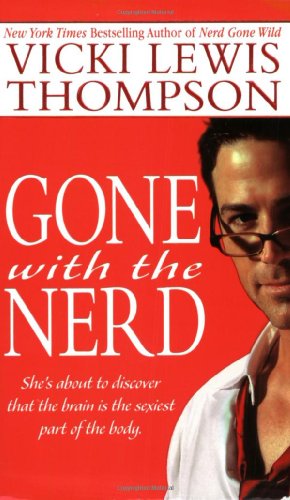 Gone with the Nerd

Ever wonder what might transpire if a nerdy entertainment attorney and one of Hollywood's hottest stars holed up incognito in a remote cabin in California's Bigfoot country? As this zippy, character-driven romance shows, just about anything can happen, particularly if the equation includes actress Zoe Tarleton and her lawyer, Flynn Granger. Eager to move away from her fluffy sex kitten roles, Zoe talks Flynn into coaching her on the finer points of becoming a nerd before she auditions for the role of a brainy chemist. Her request soon turns complicated when Flynn discovers the script they'll be working on is R-rated for its steamy sex scenes. Worse, someone (or something) has learned who they are and plans to do one or both of them in. Could the culprit be the star-struck teenager next door, Zoe's jealous high school chum, Flynn's girlfriend or Bigfoot? While it doesn't take much to figure out who's on the ugly end of the poisoned blueberry pie, gas leak and nest of killer bees, fans of Thompson's earlier Nerd romances ( ; ) will find this sexually charged, funny romp every bit as entertaining as those that came before.