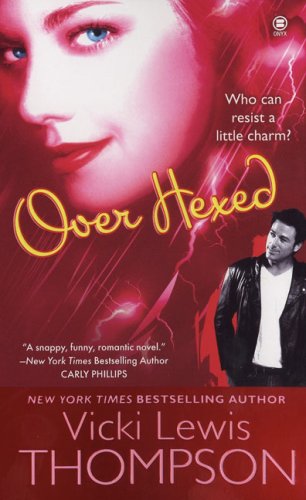 Following a sex hex gone wrong, magical matchmakers Dorcas and Ambrose Lowell have been exiled to the tiny town of Big Knob, Ind., where they're soon drawn to Sean Madigan, whose green eyes and carpenter's body have for years bewitched the town's females. Tired of meaningless conquest, Sean just wants to grab a cup of coffee without getting mobbed, so in exchange for some pro bono wood work, Dorcas and Ambrose agree to turn off Sean's charm. Too bad, then, that he's soon in desperate need of his persuasive powers: when department store location scout Maggie Grady arrives in town, sights set on a plot of land that Sean has long been eyeing, Sean is sure he could seduce the sexy scout into abandoning her plans. Forced to win Maggie the old-fashioned way—with down-home cooking and throw-down romancing—Sean has his work cut out for him. Meanwhile, Dorcas and Ambrose have a secret identity to protect and an ornery, poker-addicted dragon to rehabilitate. If readers can fall under the spell of her outlandish premise and forgive some less-than-urgent pacing, they'll find the same trademark blend of comedy and heart that won Thompson's Nerd series ( , etc.) a loyal following.