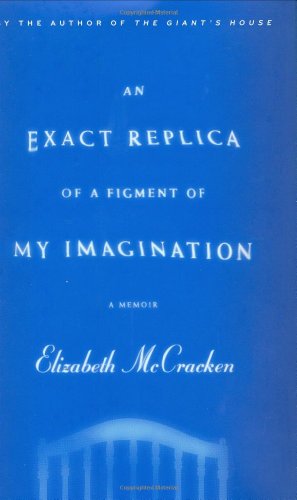 An Exact Replica of a Figment of My Imagination: A Memoir

In this stunning memoir of the death in utero of her first child only days before his birth, McCracken has succeeded in writing a beautiful, precise and heartbreaking account without sentimentality or pity. McCracken, whose first novel, , was a National Book Award finalist, writes that at 35 she was prepared to stay a spinster, “the weird aunt, the oddball friend,” until she met and married Edward. She became pregnant, and while they were living in an old farmhouse in France they passed over two doctors to select a midwife to deliver “Pudding” in the hospital in Bordeaux. Woven in with the story is the aftermath of his death, the reality of telling the people close to her what happened, and how she and Edward were able to go on. “I felt so ruined by life that I couldn't imagine it ever getting worse,” she writes, deciding that if there is a God, “the proof of His existence is black humor,” which she uses memorably to tell her story. She later writes of the emotions surrounding her second pregnancy and birth, this time in upstate New York. (That she gives birth to a second child, also a boy, makes it possible for readers to absorb the sadness of her loss.) She lends her narrative a spontaneous feel, as if she's telling as she remembers, making her account all the more personal. In the end, it is a triumph of her will and her writing that she has turned her tragedy into a literary gift.