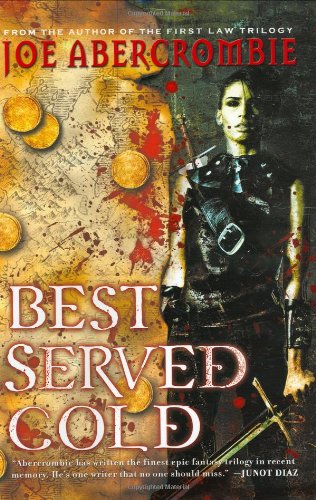 Abercrombie returns to the blood-drenched arena of the First Law trilogy ( , etc.) with this skillfully crafted and bleakly humorous sword and sorcery adventure. Duke Orso imagines that he can become king by ending the civil wars that have devastated Styria, but he errs by trying to kill his overly popular general, mercenary Monza Murcatto. Recovering from her massive injuries and mourning her murdered brother, Monza vows vengeance on Orso and half a dozen of his accomplices. Employing her own motley crew of death dealers, Monza gets her revenge, but it's neither simple nor satisfying; each target requires fresh strategy, and each death has unexpected effects. Abercrombie is both fiendishly inventive and solidly convincing, especially when sprinkling his appallingly vivid combat scenes with humor so dark that it's almost ultraviolet.