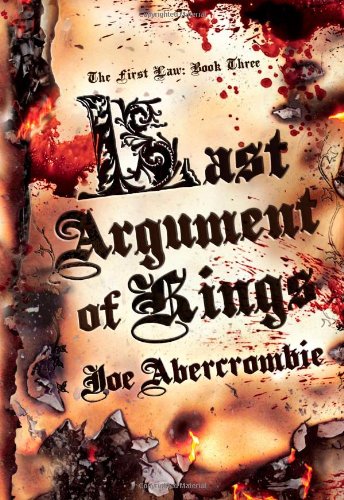 The sword & sorcery trilogy that began with (2007) and (2008) comes to a violent, sardonic and brilliant conclusion. The shaky Union, menaced simultaneously by rampaging Northmen and by Gurkish invaders from the south, now must contend with intrigue and treachery in its capital, Adua. Summoned to play parts in a devastating confrontation between magical forces, conscience-ridden berserker Logen Ninefingers and honest, weary Union commander Colonel West come down from the north to meet painfully self-aware torturer Glokta, revenge-obsessed female warrior Ferro, pliable young adventurer Jezal and scheming, unscrupulous mage Bayaz. All these people are believable, especially as they dabble in grimly convincing magic and struggle to hear their consciences through the roar of carnage and betrayal. Abercrombie is a fresh new talent, presenting a dark view of life with wit and zest, and readers will mourn the end of this vivid story arc.