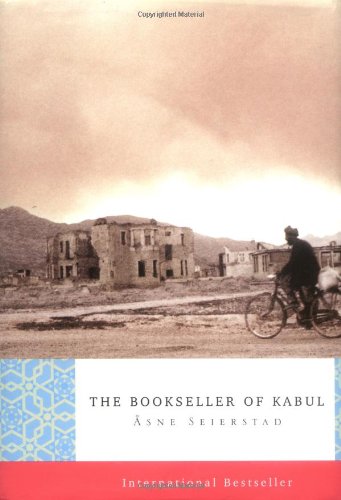 THE BOOKSELLER OF KABUL

Turkey, one of a handful of countries with a foot on two continents and often billed as the only Muslim democracy (although its constitution claims to be secular and the military has deposed elected governments) is a land full of paradox. While a Marxist atheist (Yurdatapan) and a devout Muslim (Dilipak) might disagree on the eternal, the repressive policies of the present Turkish government—applied symmetrically to the left and the right—have made strange bookfellows. Yurdatapan and Dilipak have co-written a book whose cover promises they will "agree to disagree in the spirit of human rights and freedom of expression." Originally published in Turkey despite censorship attempts, its new English edition will be rather undramatically preaching to the choir. Most English-speaking readers will take for granted the civil liberties these authors are crying out for, but will perhaps be surprised to learn the ugly details of Turkey's thought police: Dilipak and Yurdatapan met in a Turkish jail, where they were imprisoned for publishing ideas the government found unacceptable. While the book's unusual cross-referenced format may deter some readers, it does highlight the dialogue nature of the effort. The authors' grudging and poignant union is captured well when Dilipak says, "When Sanar dies, if he dies in his present lack of faith, I shall not attend his funeral.... Still, we are together in the fight against the criminalization of thought."