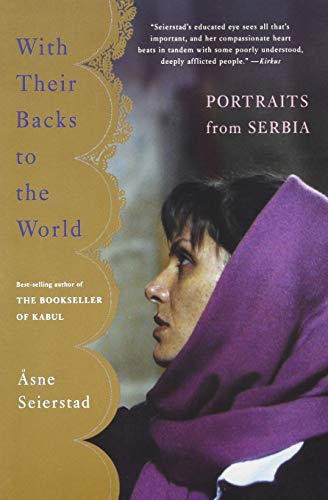 With Their Backs to the World: Portraits from Serbia

After covering the 1999 NATO air strikes in Yugoslavia, Norwegian journalist Seierstad ( ) found herself wondering about the Serbs—a "people that started one war after another, and lost them all." In 2000, she returned to explore the lives of 13 Serbians. Her account is noteworthy for casting a broad net and for her involvement in their everyday lives—in the field with a farmer, in a secret studio with a journalist, on the street with a black marketeer, attending marathon services with a cleric, even performing with a rock star. Her timing was also serendipitous: in spring 2000, she witnessed the rallies that ultimately toppled Slobodan Milosevic; that October she watched thousands of protestors take over Belgrade, the parliament and the state TV station. Seierstad allows each subject his or her own voice: a stalwart Milosevic supporter longs for a new dictatorship; another claims there was "never any ethnic cleansing of Albanians"; a student activist hopes for membership in the EU. A disturbing enmity toward the U.S. and Muslims runs through many Serbs' accounts. "Great wars," Seierstad observes, "start out as folk songs and camp-fire stories, and end in genocide and bloodbaths."