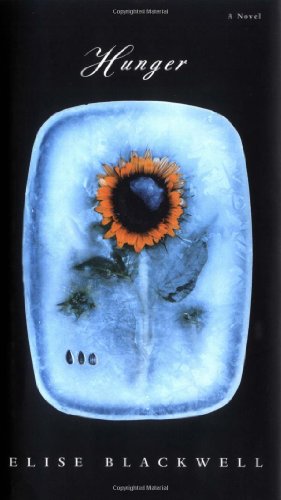 An elderly Russian émigré reminisces about love in the shadow of war in this quietly effective, poignant debut. The opening chapters find the anonymous narrator ensconced in his New York apartment, waxing poetic about his life as a botanist during the siege of Leningrad, as he and his colleagues struggle to save the city's rare collection of plants in the botanical gardens. Deeply in love with his wife, Alena, another botanist, the narrator nonetheless embarks on a series of affairs, with a fellow worker named Lidia and with sexy, exotic Iskra. Both affairs become more difficult and tortured as the siege progresses and the city's population begins to starve. Blackwell wisely steers clear of the horrors that have been chronicled in many previous historical novels. Instead, she offers gemlike observations ("With Alena, who needed neither to find nor to lose herself, sex was only sex") and sensory detail ("one fat, perfect potato in salted water"). The juxtaposition of the gnawing torment of starvation with the narrator's memory of the exotic foods he collected and ate on his travels around the world before the war furnish the novel with many of its tensions and delights. Plotwise, there are some intriguing twists and turns as the war progresses, but the climax is rather tepid, with Blackwell underplaying her narrator's unusual and immoral survival tactics as food becomes increasingly scarce. Still, this is a well-crafted novel that works largely because of its small, evocative moments.