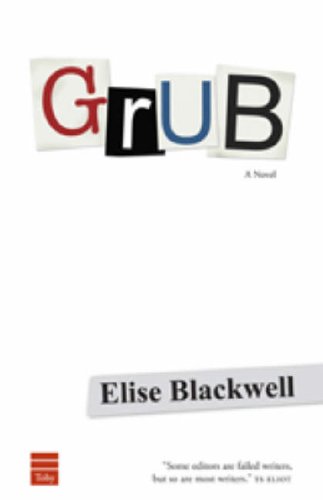 Three no-longer-so-young “irony boys” and their put-upon wives and girlfriends write, drink, pace the streets of contemporary New York City and occasionally manage to publish a novel or two in this biting remake of George Gissing's 1891 novel . Writer Jackson Miller is willing to give the masses what they want, so long as his star rises. Eddie Renfros, his best friend, is dejected, determined to hold onto both his literary ideals and his increasingly wandering wife, Amanda, who, like Jackson, is bent on worldly success. Henry Baffler is an ascetic devoted only to his craft; and Margot Yarborough is the stern, self-reliant daughter of an aging, cruel literary critic, painstakingly making her way through a novel about lepers in Louisiana. By novel's end, Amanda, Margot and Jackson are all treated to a meal (or several) at Grub, the restaurant favored by the literary elite they long to join, but the costs are many. The author of and , Blackwell offers a sharp take on the market-driven foibles of fiction and publishing. The milieu is familiar; the characters' grasping behaviors blur and strain credibility. Caricature, however, is the point here: Blackwell nails the contemporary forms taken by some very old ambitions.