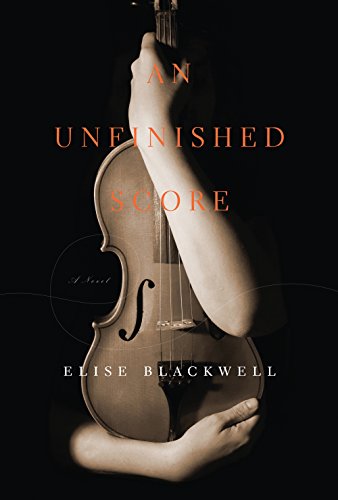 Blackwell’s melodramatic fourth novel dwells on the odd circumstances that befall an unhappily married concert violist. Suzanne learns of the death of Alex Elling, an orchestral conductor and her lover, as she fixes a meal for her stoic husband, Ben, manipulative best friend, Petra, and her young deaf daughter, Adele. Struggling to remain composed, Suzanne later finds solace in her memories and music, though it’s difficult to sympathize with her suffering; with so many musicians crowding the narrative, the story sags under the weight of passages filled with musical history and discussions between musicians in Suzanne’s quartet. Suzanne continues to keep her love affair a secret, but when Alex’s widow, Olivia, begins to call her home with cryptic messages, she fears she could be exposed. Unable to resist the tie to her lover, Suzanne visits Olivia and discovers he had been composing a score for her. In the stilted confrontation that follows, Olivia blackmails Suzanne into completing the score. Though Blackwell ( ) manages a few twists, the frequently overwrought writing is a big turn-off.