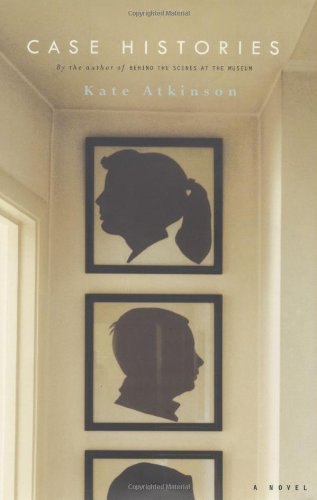 In this ambitious fourth novel from Whitbread winner Atkinson ( ), private detective Jackson Brodie—ex-cop, ex-husband and weekend dad—takes on three cases involving past crimes that occurred in and around London. The first case introduces two middle-aged sisters who, after the death of their vile, distant father, look again into the disappearance of their beloved sister Olivia, last seen at three years old, while they were camping under the stars during an oppressive heat wave. A retired lawyer who lives only on the fumes of possible justice next enlists Jackson's aid in solving the brutal killing of his grown daughter 10 years earlier. In the third dog-eared case file, the sibling of an infamous ax-bludgeoner seeks a reunion with her niece, who as a baby was a witness to murder. Jackson's reluctant persistence heats up these cold cases and by happenstance leads him to reassess his own painful history. The humility of the extraordinary, unabashed characters is skillfully revealed with humor and surprise. Atkinson contrasts the inevitable results of family dysfunction with random fate, gracefully weaving the three stories into a denouement that taps into collective wishful thinking and suggests that warmth and safety may be found in the aftermath of blood and abandonment. Atkinson's meaty, satisfying prose will attract many eager readers.