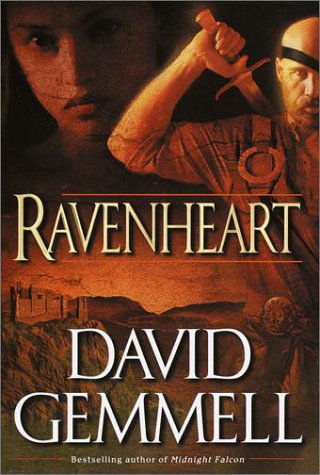 The third book in Gemmell's popular heroic fantasy saga, the Rigante series (; ), puts a host of characters through a load of action without much resolution. Centuries ago, after the capture of the Rigante hero, Connavar, Varlish troops subjugated the Rigante highlanders. In recent times the great-hearted warrior Jaim Grymauch promised to care for the infant son of his best friend, Lanovar, who was betrayed by the local lord, the Moidart. Now with Lanovar's son, Kaelin Ring, on the verge of manhood, the highlanders once again chafe under the Moidart's rule. While even the Moidart's son, Gaise Macon, can see the injustice in the situation, he has little influence over his single-minded father. Then the rape and murder of a young Varlish woman stirs up violence and raises questions. Kaelin and Jaim find the murderer with the help of the sorceress known as the Wyrd of Wishing Tree woods, but when Kaelin gives in to his bloodlust and kills the criminal, his aunt Maev sends him away to distant Black Mountain, near the mighty Rigante clan lord Call Jace. As each man accepts the fate laid out for him by the Wyrd, it's hard not to notice how Gemmell seems more intent on setting up the plot for his next book than on telling a balanced story. Plenty of loose ends—most notably the future of Gaise—clamor for expansion, but this novel seems mostly to be a place-keeper in the series.