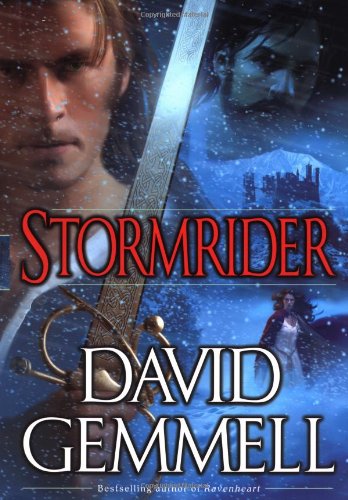 Mythic characters painted with broad strokes populate this fourth title in British bestseller Gemmell's Rigante series (after 2001's ), set in a fantasy world resembling medieval Scotland. Stormrider is the Rigante soul name for Gaise Macon, a young nobleman. Unloved from birth but determined to show his father his worth, Gaise becomes a general in the struggle against the king's enemies. What Gaise doesn't know is that he's waging war against a god who wants to rid the world of humans. Once Gaise realizes the depths of the enemy's wickedness, he redoubles his efforts to win. Unfortunately, the death of a woman he loves results in a disturbing personality change in Gaise. From this point on, the battle is fought on two levels—the physical battle between armies and the internal battle of good vs. evil. The fate of the world and its people hangs on whether Gaise is true to his humanity or not. Gemmell fans will applaud his antiwar and pro-ecology subtext while not minding his tendency to stint on character development and motivation. As in myth, characters are largely defined by attributes that set them above others, such as strength, courage and hardiness. On the other hand, more than superficial attention to the hero's thoughts and feelings might have added more immediacy to Gaise's perils. Of course, for those mostly male readers who value action over sentiment the strong story line is enough to carry them along. This solid entry should do as well as previous books in the series.