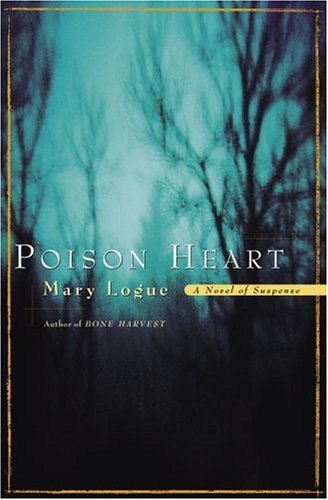 Deputy sheriff Claire Watkins is on the case once again in Logue's latest mystery (after ), set as usual in the small but not-so-sleepy town of Fort St. Antoine, Wis., population 142. The story opens on ruthless gold-digger Patty Jo Tilde as she idly watches her husband, Walter, suffer a stroke, hoping he'll die so she can sell the family farm. A how-will-she-solve-it rather than a whodunit, the novel's fun is in rooting for Claire as she first suspects and then resourcefully tries to prove what the reader knows all along. With the exception of the nasty Patty Jo—the lone Fort St. Antoine resident with a penchant for murder and arson rather than baking cherry pies—the novel offers an endearing cast of characters. When not busy sleuthing, Claire enjoys a smalltown camaraderie with charming fellow citizens, who include farmers, a retired schoolteacher, a bookstore owner, an artist and Claire's live-in steady, Rich Haggard. Except for a few tense moments, this is a kinder, gentler novel of suspense, engagingly but slowly paced. Logue's fans who have followed Claire's evolution from big city policewoman to smalltown cop and from new widow to contented girlfriend will be cheered by her resilience and continuing crime-solving adventures. .