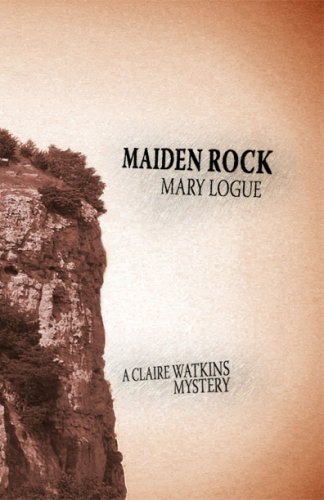 When Meg, deputy sheriff Claire Watkins's 15-year-old daughter, doesn't come home from a Halloween party hosted by close friend Krista Jorgenson at the start of Logue's harrowing fifth mystery set in Pepin County, Wis. (after 2005's ), Claire fears the worst. Early the next morning, Claire discovers Krista, still wearing her Halloween costume, lying dead at the foot of a high limestone ledge called Maiden Rock. Two hours later, Claire and Meg, who had spent the night making out with a boy in his car, have a tearful reunion. After Meg learns of Krista's apparent suicide, she blames herself because the two had had a falling out at the party. But when meth turns up in Krista's bloodstream and a woman manufacturing meth in her trailer dies in an explosive fire, it becomes clear there's a serious drug problem among the community's young people. With minimal detail, limited characterization and few plot twists, this cautionary tale may be too straightforward for many mystery readers.