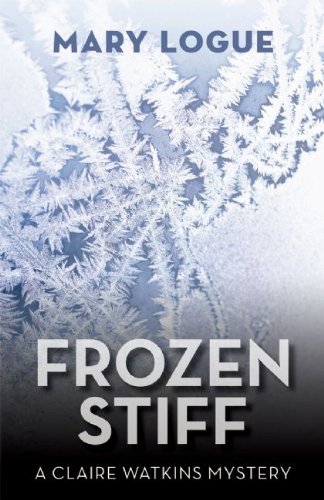 At the start of Logue’s tepid eighth mystery featuring Pepin County, Wis., deputy sheriff Claire Watkins (after 2008’s ), Dan Walker, who’s been celebrating New Year’s Eve alone in his cabin’s new sauna, finds himself locked out of his cabin after a brief naked roll in the snow. Subzero temperatures ensure that he’s frozen stiff by the next morning. Miraculously, Dan revives, but is unable to recall what happened to him, though it appears someone deliberately locked him out. Suspicion falls on Dan’s soon-to-be-ex-wife, Sherri, as well as his spoiled daughter, Danielle, but other suspects soon emerge. Meanwhile, a possible change in Claire’s long-term relationship with Rich Haggard, among other personal issues, complicate Claire’s hunt for who wanted Dan dead. Series fans may enjoy the rough Wisconsin winter and revisiting old friends, but Logue fails to generate much suspense or excitement.