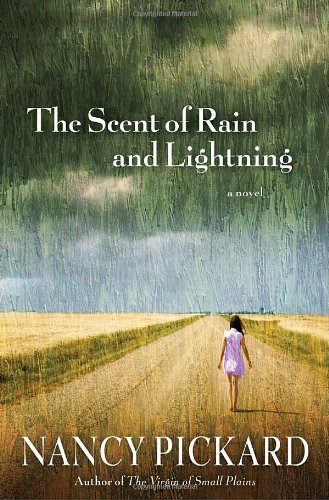 The Scent of Rain and Lightning

With exquisite sensitivity, Edgar-finalist Pickard ( ) probes a smoldering cold case involving the Linders, a cattle ranching family that's ruled the small, tight-knit community of Rose, Kans., for generations. One stormy night in 1986, someone shoots Hugh-Jay Linder dead, and Laurie, his discontented young wife, disappears. The authorities arrest Billy Crosby, a disgruntled ex-employee of High Rock Ranch with a drunk-driving record, in whose abandoned truck Laurie's bloodied sundress is found. In 2009, Billy's lawyer son, Collin, who's certain of his dad's innocence, secures Billy's release from prison and a new trial. Father and son return to Rose, where 25-year-old Jody Linder, the victims' daughter, works as a teacher. Collin's pursuit of justice will force Jody and other members of her family, including her three uncles and her grandparents, to finally confront what really happened on that long ago fatal night and deal with the consequences.