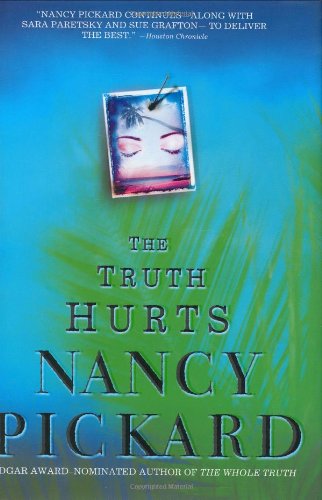 In Edgar nominee Pickard's third gripping Marie Lightfoot mystery (; ), the Florida-based true crime writer is working on a book about her parents, civil rights activists in Alabama who disappeared in 1963 when Lightfoot was a toddler. She's suddenly threatened by a mysterious fan, who signs his emails Paulie Barnes and demands that she collaborate with him on a book about her own murder, or he'll start killing her friends, including her lover, Franklin DeWeese. As the police work feverishly to find the elusive Barnes, he sends Lightfoot to the town where her parents were part of a modern-day "underground railroad" network, and to meetings with their former associates. As in her sensational earlier entries, the chapters alternate between Lightfoot's third-person manuscript in which she reconstructs her parents' last days and a first-person narrative of her harrowing personal experiences. This makes for slightly disjointed reading, although it effectively shows how the present is tied to the past. Pickard excels in recreating the dangerous atmosphere of the South in the early '60s, when the white establishment used threats and murder to prevent the enforcement of civil rights laws. A solution that's obvious to the reader long before Lightfoot discovers it and some repetition undercut the suspense a bit, but Pickard succeeds with the daring Marie Lightfoot, attractive secondary characters, vivid Florida setting, a keen sense of history and a singular plot device.