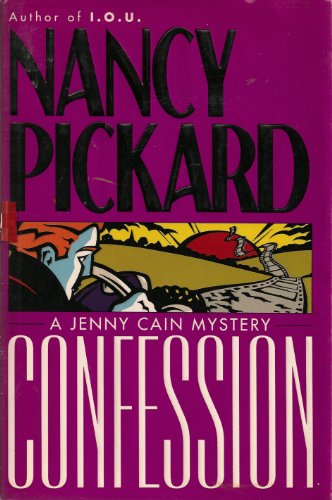 Beginning with a nasty shock and ending with a nastier one, the ninth Jenny Cain mystery (after But I Wouldn't Want to Die There ) sets the plucky amateur sleuth from Port Frederick, Mass., on a complex, somewhat contrived, emotionally demanding course. One steaming August day, Jenny, recently resigned as director of a foundation, and her police lieutenant husband, Geof Bushfield, are visited at home by angry 17-year-old David Mayer, who announces that he is Geof's illegitimate son by Judy Mayer, a high school classmate of Geof's. The winter before, Judy, an invalid, had been killed by her husband Ron, who then committed suicide. David, foul-mouthed and hateful, demands that Geof reopen the case and prove the deaths were murders. Confessing to having had a one-night stand with Judy during high school, Geof readily, almost eagerly, accepts David's story; Jenny, however, is upset and skeptical. As the two of them investigate, dead animals appear around their house, and Dennis Clemmons, an ex-husband of Judy's, dies in suspicious circumstances. Judy proves to have been an expert, inveterate liar. The tension increases as videotapes--of Judy and Clemmons confessing to sins--lead Geof to a farm, a cult of flagellants and painful danger before the questions of young David's paternity--and Jenny's ambivalent responses--are finally put to rest. Author tour; Mystery Guild selection. (July)
close
Details