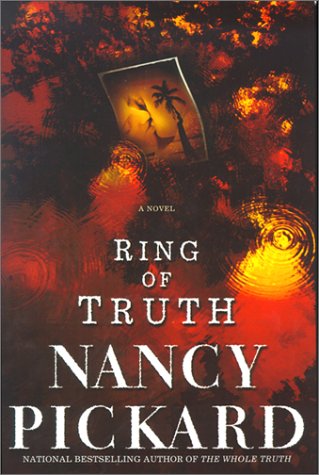 The appearance of a year ago jolted readers and thrilled critics. Pickard, a popular writer of conventional mysteries, took off on a risky, imaginative tangent, making her protagonist, Marie Lightfoot, an author of true crime books, and alternating Lightfoot's personal story with her work-in-progress. Now Lightfoot is back, and once again Pickard crafts a marvelous behind-the-scenes thriller. As the novel begins, Lightfoot is beginning to edit her latest true-crime thriller, set in her hometown, Bahia Beach, Fla. The tale she has to tell is riveting—minister Bob Wing and his lover, Artie, murder the minister's wife, Susanna—but Lightfoot can't shake the feeling that some crucial element is missing. Nobody has anything bad to say about the charismatic Wing, who was an anti–death penalty crusader. He is now on death row himself, right next to Steve Orbach, a young man he had been trying to liberate. Once Lightfoot begins to investigate, both cases are revealed to be full of holes. How to explain the seven pairs of wedding rings found by the two little girls when they discovered Susanna's body? Is it possible that the police were too eager to arrest and convict both men? The clock is ticking for Orbach and Wing, and the separate solutions to the mysteries only come to light at the very last minute. Cleverly unraveling Lightfoot's original manuscript as she proceeds, Pickard constructs an intricate, perfectly timed double mystery. The dastardly plot she reveals at last is satisfyingly grotesque, and Lightfoot is a down-to-earth heroine, plagued with all the convincing problems of a real-life writer. Pickard never lets her premise descend into gimmick—this second installment is as fresh and satisfying as the first.