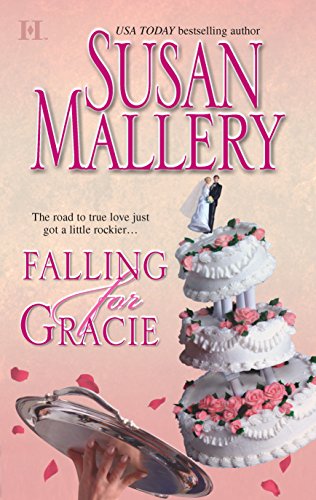 In this diverting contemporary romance from Mallery ( ), wedding cake designer Gracie Landon was shipped off at age 14 to live with relatives when her obsessive crush on 18-year-old Riley Whitefield became a local media item and an embarrassment to her family. Now, 14 years later, she's back in Los Lobos, Calif., to create a cake for her younger sister's wedding while aching to be part of the family that turned her out. Her mother is as unloving and judgmental as ever, and both her sisters are self-absorbed drama queens. Despite her family's selfish demands, Gracie, with all her eagerness to please, bends over backwards to accommodate their requests; sister Vivian demands a fabulous wedding cake that will take weeks of preparation, while sister Alexis insists that Gracie trail her husband, Zeke, whom she believes is having an affair. Since Zeke is Riley's campaign manager in his race for mayor of Los Lobos, prowling around Riley's house seems the right place for Gracie to start, but her snooping only puts her and Riley on the front page of the local press. While dirty politics, a vengeful ex-wife and a lot of backstory drama plump up the story line, some readers may find themselves wishing for a heroine who's less of a doormat.