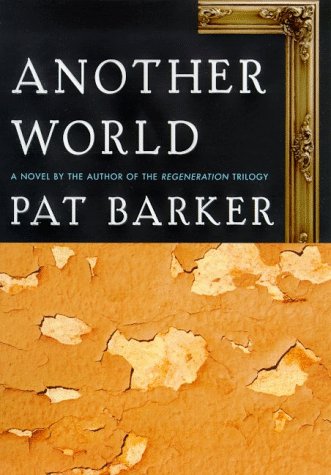 The author of the award-winning Regeneration trilogy has changed publishers and time frames for her newest book, but the result is as spellbinding as ever: thoughtful, acutely observed and profoundly moving. Geordie, a WWI veteran, is over 100, but is hanging on to life with the same stubbornness and iconoclasm that have seen him through the entire 20th century. His grandson, Nick, living in grim, contemporary Newcastle-on-Tyne, is struggling with his own life as he monitors Geordie's last days. Nick's teenage daughter from a previous marriage, Miranda, has come to stay; his new wife, Fran, with her own kid, Gareth, a computer games freak, has two-year-old Jasper to contend with and another baby on the way. Now it seems that their new house may be haunted by the kind of malign domestic spirit at large among Nick's little family. Geordie, too, has his own ghosts--a hideous war memory, long buried, that must be exorcised before he can die in peace. Barker mixes brilliantly observed contemporary realism (the strains of family life with children of different ages have seldom been so powerfully rendered) and mystical overtones with dazzling skill. The book has the grip of a superior thriller while introducing, with no sense of strain, a sense of sorrowful mortality that lingers long after the last page. Geordie is a masterly creation, one of the most fully realized characters in contemporary fiction. (May) FYI: A film of Regeneration, starring Jonathan Pryce, was recently released in the U.S.
close
Details