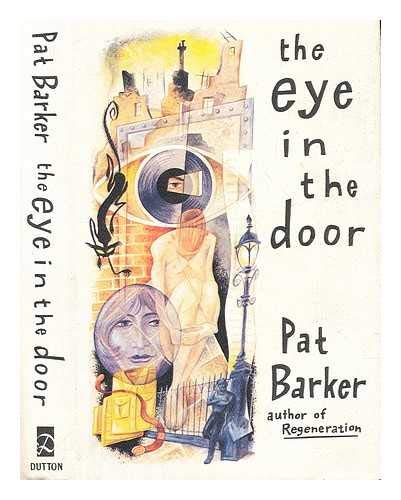 The Eye in the Door

British writer Barker's ability to invest what appears to be a simple narrative with many levels of meaning and to convey a harrowing story in spare, uncluttered prose was amply demonstrated in her acclaimed previous novel, Regeneration . This quietly powerful story begins in 1917, where Regeneration left off; the epigraph from The Strange Case of Dr Jekyll and Mr Hyde hints at what is to come, referring to ``the two natures that contended in . . . my consciousness.'' Though not as flamboyant as Stevenson's protagonist(s), all the main characters here are leading double lives, some consciously, others as a result of traumatic experiences. Having been released from Craiglockhart War Hospital (where shell-shock victims are sent to convalesce), Lt. Billy Prior is still concealing his working-class origins. Assigned to the Intelligence Unit, he must betray the very people who sheltered him when he was young, and soon his conscious mind succumbs to the pressure. If Prior has ``a foot on both sides of the fence,'' so has patrician Charles Manning, who must conceal his homosexuality. Even the director of Craiglockhart, W.H.R. Rivers (an eminent neurologist and social anthropologist in real life) suffers from a mysterious loss of visual memory, stemming from a buried incident in his youth. And poet Siegfried Sasson again struggles to reconcile his pacifist beliefs with his need to stand by his men in battle. As in the earlier book, Barker uses their interaction to illuminate the terrible effects of conflict, but here she broadens her canvas to include the conscientious objectors, socialists and homosexuals who were accused of treasonous behavior during WW I. The multi-suggestive title applies to the hysterial outcry against ``outsiders''; the observation hole in the prison door, behind which pacifists are jailed; the ``eye in the door of the mind'' that triggers dissociated states; and the particulars of a notorious court case of 1917 in which a demented bigot, supported by a prominent MP, accused 47,000 Englishmen and women of homosexuality, which ostensibly made them vulnerable to German blackmail. Writing with cool understatement, Barker conveys with equal skill the desperation of men suffering from battlefield trauma, the subtle ramifications of class distinctions in a period of rapid social change and the quality of life in Britain's poverty-stricken industrial areas. As haunting as its predecessor, this moving antiwar novel is also a cautionary tale about the price of cultural conformity. (May)
close
Details