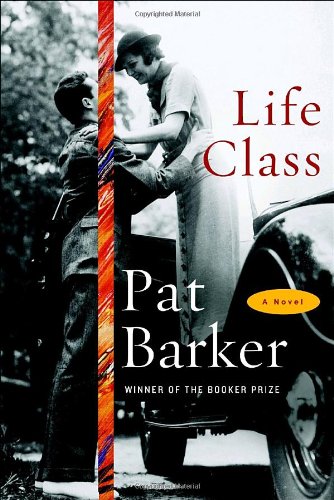 Set initially in 1914 before the start of WWI, Barker’s first novel since 2004’s Double Vision tells the story of two students at London’s Slade School of Fine Art, Paul Tarrant and Elinor Brooke, along with that of Kit Neville, a promising young painter. Paul begins an affair with Teresa Halliday, a troubled artist’s model, and Kit woos Elinor, but both men rush off to the Continent at the outset of hostilities to work with the wounded. The author’s unflinching eye for detail and her supple prose create an undeniably powerful narrative, but her skills cannot compensate for a weak plot. What appear to be critical story lines (Paul’s affair with Teresa, Kit’s painting career) are almost abandoned once Paul and Elinor become lovers. And the book’s main theme—war’s impact on art and love—pales in comparison with the tragic experiences of those who fight and die in the conflict. Despite riveting passages depicting the waste and horror of WWI, this effort falls short of the standard set by Barker’s magisterial Regeneration trilogy, the last of which, The Ghost Road, won the Booker Prize. (Jan.)