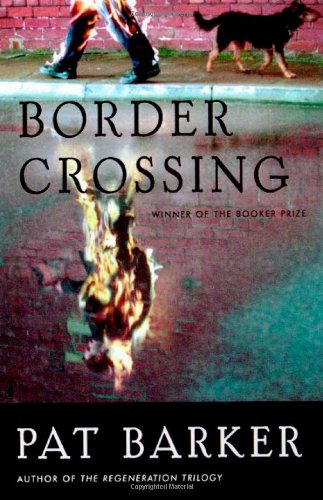 Britain's Barker is best known here for her magnificent Regeneration Trilogy, based on post-World War I cases of shell shock; her new novel, set in a dour Northumbrian city, carries some of the same sense of dread discovery into contemporary civilian life. Years ago, when eight-year-old Danny Miller was accused of the murder of an old woman, psychiatrist Tom Seymour provided damning psychological testimony at the trial. Danny was sent away to a home and vanished from Tom's life, if not from his sometimes guilty memory. Then one day Tom and his wife, Lauren, out for a walk, thwart a watery suicide attempt. The drowning young man turns out to be Danny, and he badly needs Tom's help in coming to terms with his childhood trauma. So far, so good, and Barker, with her customary vivid writing and strong narrative pull, has set up a tantalizing series of questions. Was Danny really guilty? Was Tom's evidence responsible for his upended life? And what has the experience done to Tom and his shaky marriage? When Lauren decamps and a new child murder re-ignites interest in the old Danny Miller case, the stakes are perilously raised for both Tom and Danny. There are some wonderfully tense scenes of psychological exploration; the drear Newcastle atmosphere is palpable; and Barker's ear for dialogue is, as always, acute. In the end, however, the lack of a wider resonance of the kind that made the war books and the later Another World so memorable leaves the book, for all the quality of its craft, feeling flat. It is a convincing psychological thriller, but Barker enthusiasts have come to expect much more than that. (Mar.) Forecast: As suggested, this novel is not as powerfully realized as Barker's best books, and it will likely prove disappointing to some of her U.S. admirers, which may hamper sales down the road.
close
Details