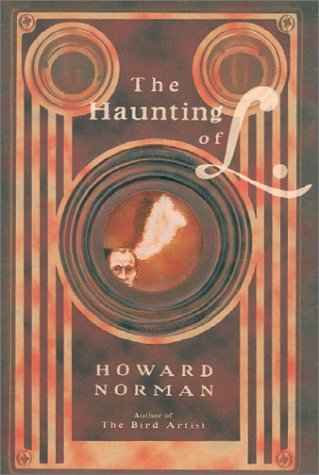 THE HAUNTING OF L.

The stark, unforgiving climate and landscape of Manitoba and Halifax, the symbiotic relationship of art and violence and the unlimited vagaries of human behavior are the idiosyncratic obsessions of this haunting novel, the final book in Norman's Canadian trilogy. Like its predecessors (; ), it offers a potent mix of eccentric characters, mixed moral motives and love story. In 1926, Peter Duvett meets and sleeps with Kala Murie on her wedding day in Churchill, an isolated village on the shores of the Hudson Bay. Kala's husband is Vienna Linn, the photographer Peter has come to assist. He has traveled from Halifax, escaping painful memories of his mother's suicide—or, as he is convinced, her murder. Soon Peter becomes the repository of the emotions and secrets of Kala and Vienna's hazardous partnership. Vienna takes money from an English millionaire, Radin Heur, to arrange and then photograph gory disasters. Unfortunately, the most recent job was botched, so the couple is on the run from the millionaire. Vienna, who eventually discovers Kala's adultery, combines revenge and business when he arranges for a plane with Kala aboard to crash. Kala, however, is merely injured, while the other passengers are killed. Vienna coolly draws on his wife's belief in "spirit photographs" to doctor the pictures of the victims so they seem to show the souls of the dead rising from the bodies, and Heur sends a British verification expert to Canada to authenticate the photos. The wary threesome of Kala, Vienna and Peter are to meet him in Halifax, where a sense of menace rises to a crescendo. The progressive intrusion of the alien and repressed into the familiar—what Freud calls the "uncanny"—provides the rich base of Norman's art, in which he is becoming a practitioner of uncommon subtlety.