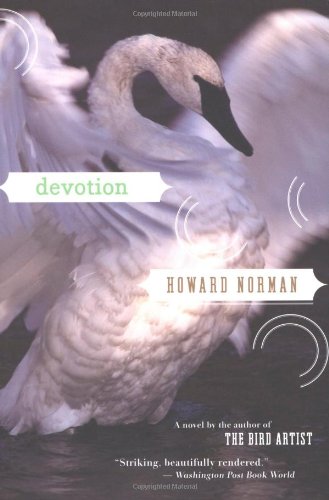 Norman's intriguing, if at times baffling, sixth novel opens with a fight between Canadians David Kozol and his father-in-law, William Field, outside a hotel in London "on the morning of August 19, 1985." That date is important—it's just days after Kozol's marriage to William's daughter, Maggie—and an ensuing accident seriously injures William, the caretaker of a Nova Scotia estate on the north shore of the Bay of Fundy. The result is a particularly strange domestic situation: Kozol assumes William's duties on the estate; Maggie refuses to see her husband; William vows revenge on his son-in-law. Uncovering why the men were fighting and what separates the young couple drives the plot. Norman ( ) uses the avian world as a counterpoint to the human one. William is devoted to the swans on the estate; Maggie wants in her own life the kind of devotion the swans embody. This quirky story deals with a powerful theme: how love endures despite our best efforts to sabotage it.