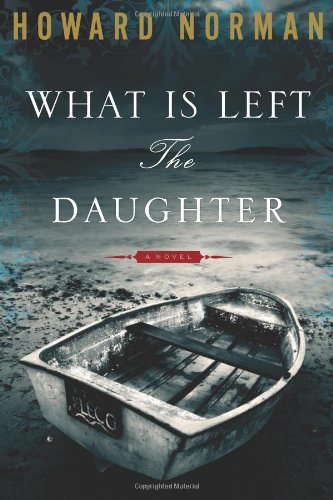 What Is Left the Daughter

Set on the Atlantic coast of Canada during WWII, Norman’s latest (after ) is an expertly crafted tale of love during wartime. Wyatt Hillyer loses both his parents on the same day when they jump from different bridges in Halifax, Nova Scotia, after they discover they are both having affairs with the woman next door. Wyatt’s aunt and uncle take him in, and Wyatt becomes his uncle’s apprentice in his sled and toboggan business and, despite the circumstances, soon falls in love with his adopted cousin, Tilda. Yet he must resign himself to loving from a distance when Tilda brings home Hans Moehring, a German university student. The two begin a courtship harshly complicated by reports of U-boat attacks on Canadian ships, and Tilda’s father becoming increasingly uneasy about this potential enemy in their midst. Norman’s writing is effortless, and his plot is grand in scope but studded with moments of tenderness and intimacy that help crystallize the anxiety and weariness of life on the home front. That Norman is able to achieve so much in 250 pages is a testament to his mastery of the craft.