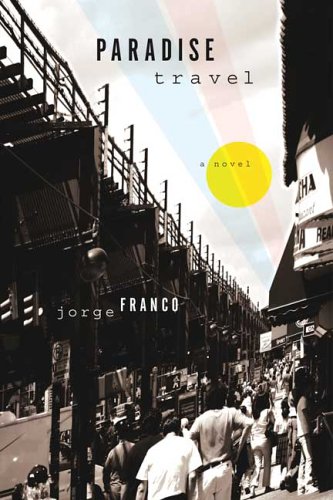 One of the self-anointed South American "McOndo" school of writers—instead of being children of Marx and Coca-Cola, they claim McDonald's, Macintoshes and condos—Franco saw his novel sell over 100,000 copies in his native Colombia (it was published in the U.S. by Seven Stories last year). This fourth novel is Franco's second U.S. release, and it is disappointing. Medellín's teen princess Reina wants to go to America for reasons she can't quite articulate; her different color eyes, however, speak directly to patsy Marlon Cruz, who narrates, unreliably, in two time frames: their flight "through the bottom"—the horrible trip up Central America and through Mexico—and Marlon's year following an accidental separation from Reina. In the latter, he is rescued, –style, by Patricia, the wife of a Colombian restaurateur in Queens, and learns to fit into the Colombian enclave in New York City; Franco's vignettes of expatriate Colombian life are the best things in the novel, particularly those involving a professional shoplifter and amateur dandy, Roger Pena. But Marlon, whose musings rarely rise above the level of "I really miss Reina," never understands what drives her, and the final discovery that she is, perhaps, no good comes as a surprise to no one but him.