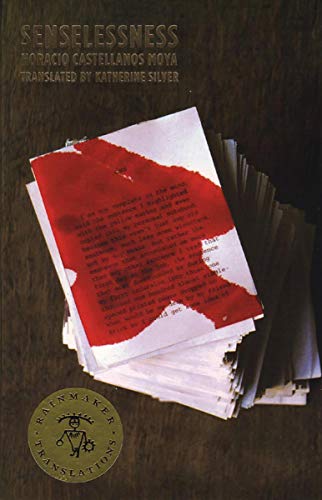 The first of exiled Honduran novelist Moya's eight fictions to be translated in the U.S., this crushing satire has at its center a feisty young unnamed writer in penurious political exile from an unnamed Latin American country. It opens as he explains the daunting and dangerous freelance job he has taken in an also-unnamed neighboring state: to edit a 1,100-page report prepared for the country's Catholic archdiocese that details the current military regime's torture and murder of thousands of indigenous villagers. The writer despises the Church, but is moved and agitated by the disturbing testimonies of the survivors, at once unspeakable in their horror and unforgettable in their phrasing: “ .” More or less one long rant, the book's paragraphs go on for pages as the writer gives way to paranoia, and to a sexual longing that his loneliness and powerlessness make nearly unbearable, and that he expresses profanely. It's Moya's genius to make this difficult character seem a product of the same death and disorder documented in the report, as the survivors' voices merge with his own.