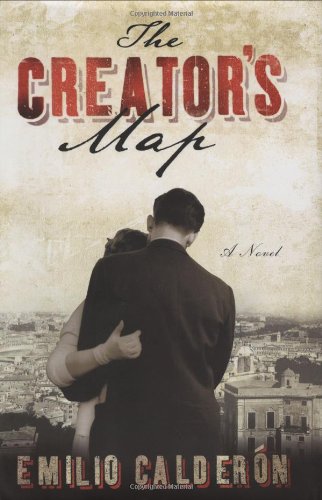 A Nazi quest for an ancient map pinpointing the source of black magic, Vatican spies and Spanish Civil War refugees in 1930s Rome fail to coalesce and pay off in Calderón's intriguing debut. In late 1937, Jose Maria Hurtado de Mendoza, an apolitical Spanish architectural student at Rome's Spanish Academy, is recruited by a mysterious antifascist organization called Smith (all its agents are “Smith”) to help search for the mystical Creator's Map, sought by the Nazis to aid in evildoing. He soon finds himself part of a love triangle with Montse, a beautiful young Spanish refugee, and Prince Junio Valerio Cima Vivarini, a Venetian paleographer secretly working with the SS. While Jose attempts to survive in fascist Italy and Germany, where he goes to work as an architect of bunkers and fortifications, the map's mystical qualities are relegated to the background. An ingenious denouement, set in 1952 and narrated in epistolary fashion by one character from beyond the grave, doesn't make up for the fact that Jose remains a passive and oftentimes peripheral figure in his own less than dramatic story.