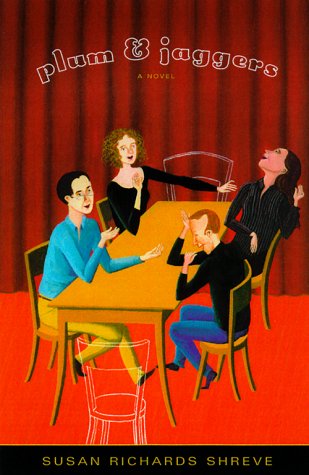 Four young children are orphaned in 1974, when a terrorist bomb explodes on the Milan-Rome express train, in this touching novel about how families cope with violence and loss. The explosion occurs just after the elder McWilliamses leave their kids briefly to get lunch in the cafe car, which is the part of the train that's blown to bits. Dazed and frightened, Charlotte, Oliver and infant Julia cling to Sam, who, at age seven, is the oldest of the siblings. An Italian family cares for them until they're picked up by their kind but conservative grandfather, who--with their agoraphobic grandmother--raises them in Grand Rapids, Mich. Though they love their new charges, the grandparents are distraught by the children's compulsive, secretive behavior, especially that of Sam, who, obsessed by his perceived responsibility to protect his family, becomes a loner with a bad reputation. After Sam is mistakenly blamed for the beating of a younger, handicapped boy, the family moves to Washington, D.C., where Sam shoplifts items to build a bomb shelter and is placed in a juvenile detention center. There, he conceives the idea for Plum & Jaggers, a comedy troupe eventually composed of his brother and sisters, whose bizarre scenarios transform with dark humor the tragedies of random violence and the ironies of modern life. An accomplished author of adult (The Visiting Physician) and children's (The Formerly Great Alexander Family) fiction, Shreve reveals the orphans' creativity and self-destructiveness with balanced honesty, evoking her familiar themes of distrust and haunting memories. Best at sketches detailing individual quirks of the McWilliamses as they grow up, Shreve focuses more intensely throughout on the most disturbed, unstable and unusual character of Sam and leaves the other three siblings a bit sketchier. But through Sam's dark ebullience, Shreve traces the complexity of the family, including the spirits of the dead parents, offering a compassionate portrait of a courageous, troubled and resilient foursome. Author tour. (June)
close
Details