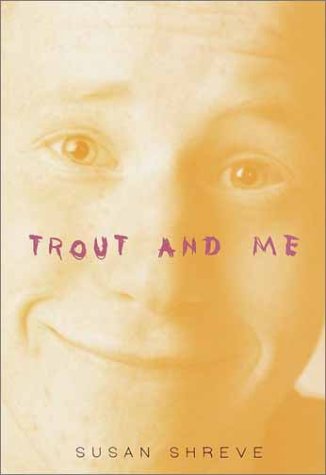 In this moving novel, Shreve () again demonstrates her insight into kids outside the mainstream of school life. Eleven-year-old Ben has hated school since first grade, when he responded to a classmate's taunts about his lisp by flushing her teddy bear down the toilet. The well-meaning but dense principal uses the occasion to test Ben for learning disabilities (he turns out to have dyslexia and, later, ADD), but in the process makes Ben feel like a "problem child." As Ben, the narrator, candidly puts it, "Since the teddy bear, everyone expected trouble from me. So that's what they got." Now in fifth grade, Ben explains that despite his efforts, "My bad reputation has followed me like a tail getting longer every year." Then a new boy named Trout arrives at school, wearing what he claims is a tattooed question mark on his chin ("If I didn't have a question mark on my chin, I'd be invisible," he tells Ben). Trout, who also has learning disabilities, attaches himself to Ben's side "like Velcro" and the two boys live up to the school's expectations by getting into trouble, big-time. The author's evenhandedness gives the story its punch: the adults think they are doing all the right things, but fail to see how their attitudes compound the boys' problems. Fusing humor and pathos, Shreve introduces characters of uncommon dimension and complexity—and leaves readers with subtle issues to ponder. Ages 9-12.