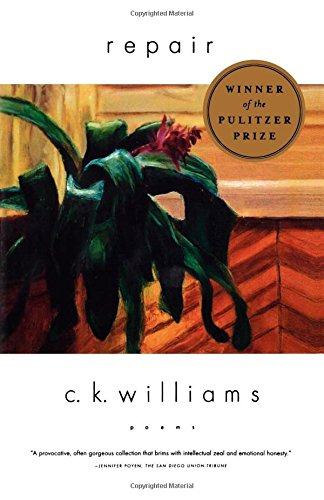 In his long career Williams has performed a rare feat, forging a distinctive style by great labor without a late flop into exhausted mannerism. Past 60, newly a grandfather, he is still a foxy tinkerer, offering a good deal of variety in his characteristic long line, snaking into solid stanzas, couplets and even prose blocks. He tries out new moods, ecstatic italics here (Open, she says, open up!); a bracing gust of Baudelaires cool irony there; but his project remains consistent: rendering the broadstroke conflicts of consciousness as it arrives at points of decision. Risk asks if we unknowingly crave disaster. An exchange of looks with a hare from within a stranded train allows his mind that trick of trying to go back into its wilder part. The Nail tries to come to terms with how a dictator had gruesomely disposed of enemies (its we who do such things). Throughout, Williams, following Lowell and Berryman, sets off after the sources of the self, as in House: Down under all to the ancient errors, indolence, envy, pretension, the frailities as though in the gene;/ down to where consciousness cries Make me new, but pleads as pitiably, Cherish me as I was./ Down to the swipe of the sledge, the ravaging bite of the pick; rubble, wreckage, vanity: the abyss. The individual poems dont accumulate narrative momentum or add up to a sequence, as previous works have. But Williamss unreconstructed liberal agony (the flip side to Billy Collinss bourgeois-surrealist conflict resolution), continues to exude a Lowell-like earthiness, and earnest near-candor. (June)
close
Details